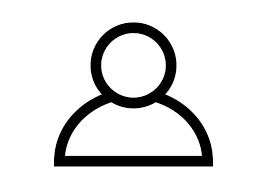 Share this
Subscribe to our monthly updates
Thank you! Your submission has been received!
Oops! Something went wrong while submitting the form.
SUMMARY

The Indian IT Act was ahead of its time when it was passed in the year 2000’ says Pramod Verma, the chief architect of Aadhaar in a recent interview in Rahul Matthan’s Ex Machina Podcast (if you haven’t checked it out – we recommend you do.)

One of the things this statement referred to were the provisions relating to digital signatures in the  IT Act. For the first time – electronic modes of signing were recognized on par with wet ink signing – paving the way for fully digital workflows.

There are two primary ways to affix a digital signature on a document in India – through Aadhaar eSign and through a DSC Token-based signing.

While Aadhaar eSign is highly scalable – with more than 7 million transactions complete as of 31st March 2019 (MeiTY Report) – the other form – DSC Token-based signing has not seen the scale that the IT Act drafters desired back in 2000.

However, DSC Tokens still have an important role to play – being used by Chartered Accountants, Company Directors and even Judges for signing important documents (MCA filings, judgements etc.).

Given that the professionals that use DSC Tokens have a multitude of responsibilities other than signing documents, it is unfortunate that DSC Token based signing takes so much time.

Just to give you an example, if a person needs to sign 500 documents using his/her DSC token he/she would have to repeat the process of:-

And completely executing the document, 500 times.

From an individual’s perspective, this is in no way better than signing 2000 times by hand. In fact physical signing is probably easier!

Unfortunately, physical signing is simply not possible for the kind of documents professionals sign. Physical signing also holds your business back. More on that in my previous blog post.

We decided to fix this and built a Bulk Signer designed especially for use with DSC Tokens.

Our DSC Bulk Signer is dedicated to making signing with a DSC token massively easier than any other signing flow in existence today. Imagine putting your token into the system and signing 100’s of documents magically within minutes with a single click!

This is exactly what happens, take a look yourself.

How do you do it?